Located two and a half hours south of Atlanta via US Highway 19, the Magnolia Highway. While agriculture has long been the driving force of the county’s economy, Sumter County’s historical past is attracting tourists. Tourism is the newest industry in the area. The Americus – Sumter Tourism Welcome Center is located adjacent to the historic Windsor Hotel.

Renewed interest in life during the turn of the century draws people to historic landmarks like the Rylander Theatre, circa 1921; the Windsor Hotel, 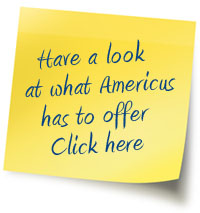 circa 1892; and Habitat for Humanity located in the restored Rylander Building, circa 1916. Historic downtown Americus has retained most of its original structures and leaders are impassioned regarding restoration.

Andersonville displays its treasure of an intact Civil War Village across the highway from the Civil War prison of Andersonville. The latest addition to the National Historic Site is the National Prisoner of War Museum which opened in April 1998.

Plains attracts admirers of the 39th President, Jimmy Carter. Structures associated with Carter’s life and political career have been restored and maintained by the National Park Service, including Plains High School, the Train Depot (his political campaign headquarters), and now the boyhood farm.

The Windsor
Crossing the threshold of the grand 1892 Windsor Hotel immediately gives the feeling that one has stepped back into the days of Queen Victoria, smoking jackets and corsets.
The Windsor is an architectural wonder with an open three-tier atrium lobby of carved golden oak, marble floors, softly glowing chandeliers and romantic Round Tower Suites.
Savor the sophisticated Southern fare when eating breakfast, lunch or dinner in the elegant yet casual Grand Dining Room.
Sip a cool mint julep or a mimosa in a wicker rocker on the Veranda or in lively Floyd’s Pub.
A true Southern castle, the Windsor has hosted guests as famous as Franklin D. Roosevelt, as mysterious as a prince of Morocco, or as infamous as John Dillinger.
The Windsor is the crown jewel of the large Americus National Register Historic District.